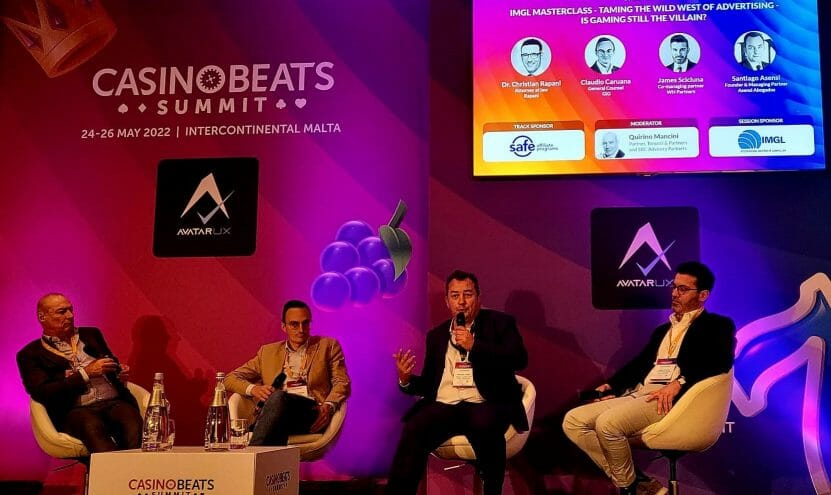 Santiago Asensi was in demand as a speaker in Malta during the island’s iGaming Week in May 2022. At the beginning of the week, he was joined by Trevor De Giorgio, Director of Regulatory Compliance at Relax Gaming, to bring delegates to the KPMG Malta Gaming e-Summit up to date on developments in Spain and Latin America. Later in the […]

Santiago Asensi was in demand as a speaker in Malta during the island’s iGaming Week in May 2022.

At the beginning of the week, he was joined by Trevor De Giorgio, Director of Regulatory Compliance at Relax Gaming, to bring delegates to the KPMG Malta Gaming e-Summit up to date on developments in Spain and Latin America.

Later in the week, Asensi was a panellist on a Masterclass run by the International Masters of Gaming Law (IMGL) at the Casino Beats Summit. The IMGL Masterclasses are valuable a component of many international events in the gaming industry and each features expert lawyers, regulators and practitioners. This time the topic was the Wild West of Advertising and Asensi was able to draw on his experience of advertising clampdowns in Spain to argue that they do not serve the regulated industry or consumers’ best interests.

The following day, he was called upon to moderate a panel session on Spain for the Casino Beats Summit. Asensi steered a panel of speakers from PressEnter Group, Red Rhino and Alea to review prospects for the market following the introduction of a Royal Decree on Safer Gambling Environments.